Elixir vo is a 2016 pure Polish Arabian Gelding For Sale, he is sired by the amazing *Emigrant and out of the imported mare *Granada a daughter of Monogramm. For Sale $5500.00 OBO to a great home. Sparky as we call him is lightly started under saddle and has one of the most amazing personalities you'll ever experience. Fun and always willing to please. 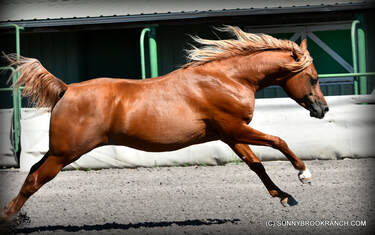 Ecahos Jewel wc is an own daughter of the great *ECAHO
Jewel is a class A Halter Champion, great mother and a fun mare to ride.
Ecahos Jewel WC (AHA #618987)
(*Ecaho X Nadzha (Negatraz))
This gray Pure Polish Arabian mare was foaled 04/06/2005 and stands 15.1 1/2 H tall. Tested CA Negative. Her sire is known world-wide as a supreme Broodmare Sire and Sire of National, International, and World Champion Get and Grand-Get. Her dam is by the great Polish stallion, Negatraz (sire of Monogramm!) and out of Cysa (*Cytrys X Suszka (by *Dar)). She produced class A and Regional winners in Halter, English Pleasure, and Country English Pleasure. Ecaho's Jewel WC is everything you would expect from a time tested pedigree. She is a solid, compact, and substantial mare. She has a classic face with good width between the eyes and dark pigment. Her neck is incredible with an ultra thin throatlatch. She has excellent tail carriage, a show horse charisma, and a flashy, up-right trot. Ecaho's Jewel WC has been shown in Halter. She is also a proven broodmare, excellent mother, and easy to breed. Ecaho's Jewel WC passes on her showy, charismatic, attitude, size, refinement, and neck quality. She is open for 2016 and can sell with a breeding if desired. *Ecaho daughters are worth their weight in gold. Don't miss your chance!
​$5500.00 OBO
Ecahos Jewel wc shown below
The following Pure Polish Arabians are Sold..
google.com, pub-0571485157455891, DIRECT, f08c47fec0942fa0